This Fiat 500 is undergoing a complete nut and bolt restoration by us and we have come along way since she first entered our garage. Scroll down the page to view the restorations of this iconic car.

Measuring 2.97 metres (9 feet 9 inches) long, and originally powered by a 479 cc two-cylinder, air-cooled engine, the 500 was 24.5 centimetres (9.6 inches) smaller than Fiat’s 600, launched two years earlier, and is considered one of the first purpose-designed city cars. 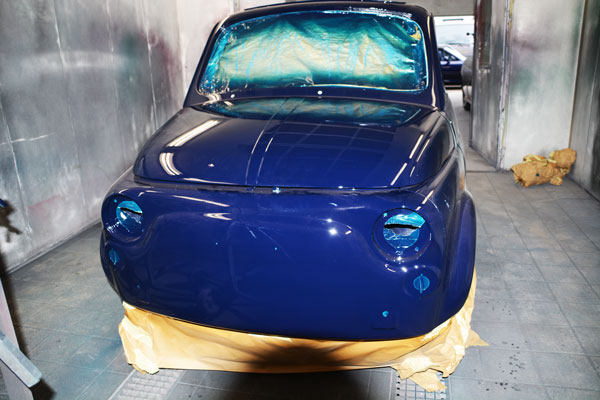